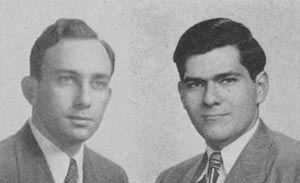 The history of barcode is obviosuly pretty recent, but not as recent as one may think. Its birthdate can be located on October 1952, when Joseph Woodland and Bernard Silver got a patent for a bullseye-shaped barcode label. The idea, of course, was to simplify product information management and streamline the checkout process. (Woodland and Silver had been actually working on the barcode system since 1948).

However, the first commercial use of barcode happened later, only in 1966, after being discussed in a meeting by the National Association of Food Chains. Things still progressed quite slowly, though: years of tests and code refinement passed. In 1973 George J. Laurer invented the UPC — Uniform Product Code — which was destined to become one of the most popular barcode, and in particular the standard product barcode in the United States.

The first UPC scanner was installed one year later in Ohio, and the first scanned product — fun fact — was a pack of gum. By 1977 only less than 200 grocery stores had adopted the barcode system, but in 1980 they were 8000. And once stores understood the immense potential of barcodes — in terms of better responsiveness, and ultimately better sales — the conversion spread anywhere.


So these are the main points of the barcode history. Nowadays, barcodes are of course the most popular technology of product management and checkout processing, but not just that: the introduction and diffusion of QR codes — which are none but matrix barcodes — has for instance proved the longevity and flexibility of this idea.

Of course, today it’s even simplier to design and print barcodes, even from your very home. You just need to use a label creation software like LabelJoy or LabelRight: both are very intuitive, and make the whole process as easy as pie.